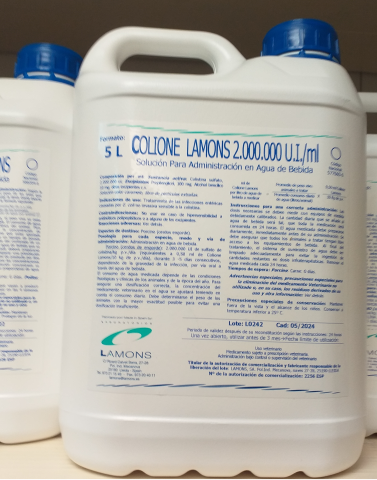 Penetration through the bacterial cell membrane, causing changes in its permeability, as a consequence of the interaction with the phospholipid components. These changes alter the osmotic barrier, making the bacteria more sensitive to their chemical environment and allowing their ultimate lysis.

Swine (fattening pigs): 0,50 mL of Colione Lamons/10 Kg LW/day, during 3 -5 consecutive days, depending on the severity of the infection, orally in drinking water